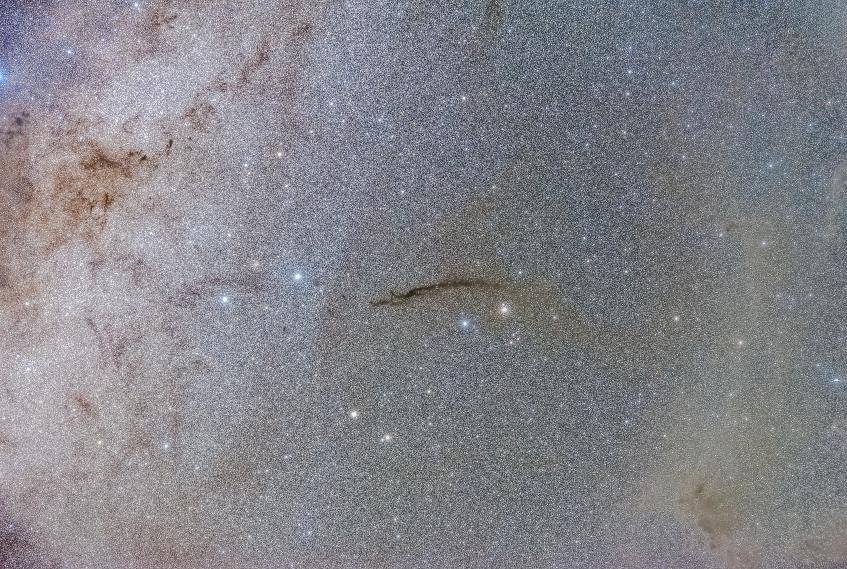 The ghosts of conference(s) past meeting took place in Hobart over the past weekend and some members of the Mel8ourne team as well as a few other previous LCA organisers all got together with the LCA09 team to pass on information and share experiences.

I had been to Tasmania for a few days many moons ago, but had forgotten what Tasmania looked like. Wonderful, even though the grass is a sickly green instead of a healthy brown like on the mainland. If nothing else, 2009 will be the most beautiful LCA to date.

A quick update from mythtv land. It would seem that as of about two weeks ago, my DViCO Dual Digital 4 card is officially supported.

I just pulled the latest drivers out of mercurial and it seems tuning speeds have been much improved since I did my last update somewhere near the start of January.

Unlike SLUG, we didn't prepare a set of questions, but let the representatives do their thing and ask questions as they arose. Most of the talk was about OOXML; some details about the file format and some info about and justifications for the ISO standard application.

After some more SQL, some pointing and clicking, some jiggery and a fair bit of pokery, some more useless graphs have appeared. The paper committee members rated all proposals on a scale of -2 to +2, and this of course lends itself to the creation of lies statistics. 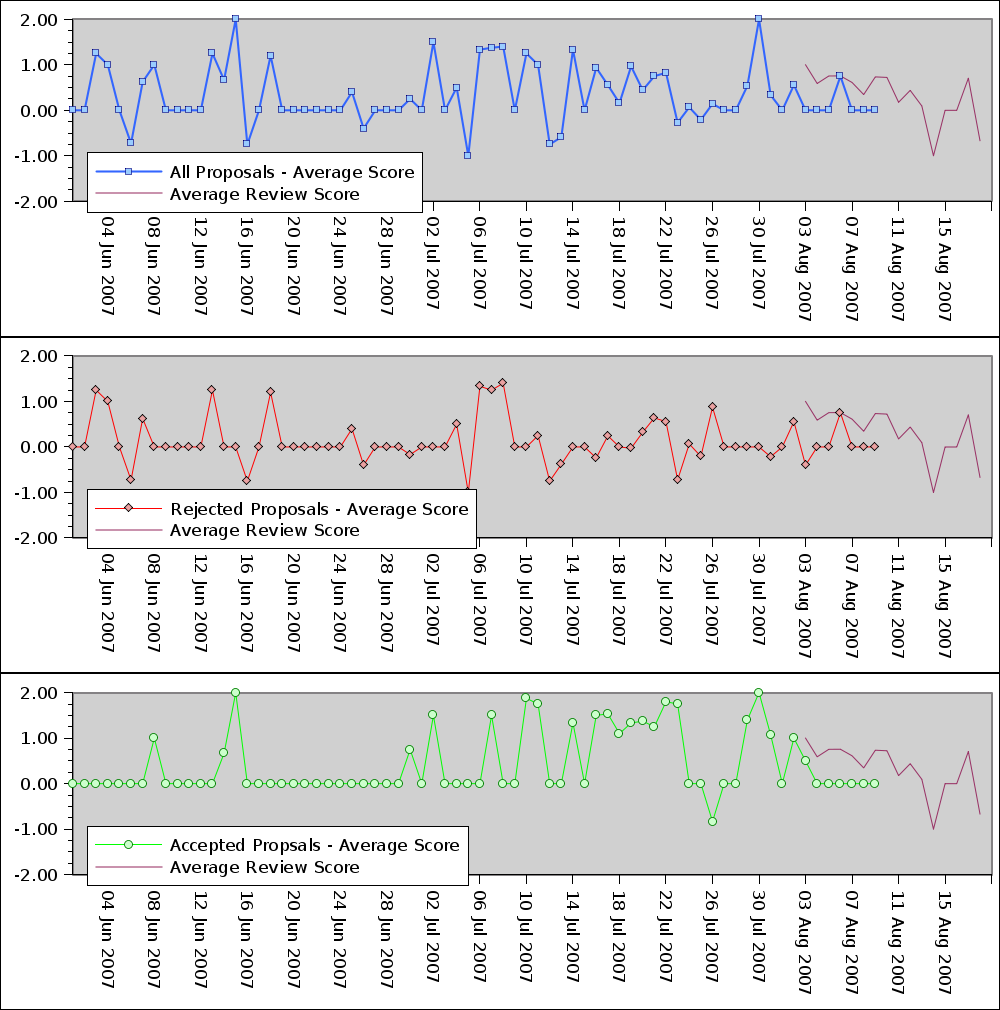 After doing some more poking around in the database and twiddling with Gnumeric, I have another pretty graph with usseless stats. This one shows the ratio of accepted versus rejected talk and tutorial proposals by date. 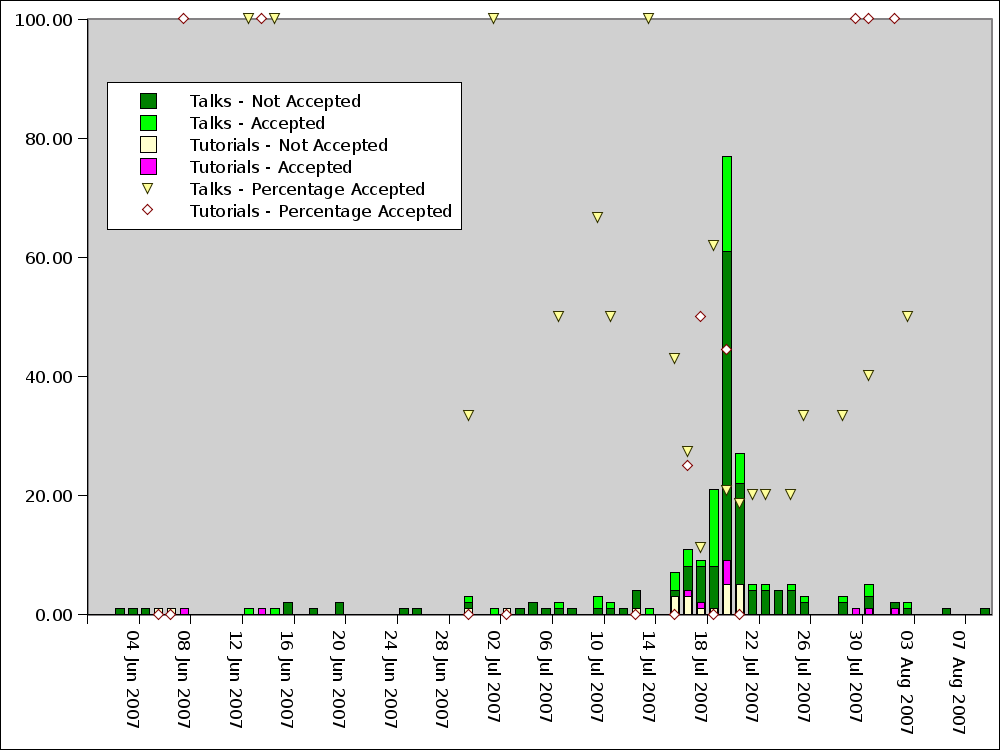 Offhand it seems your chances of having a proposal accepted are higher if you submit in the week just before or after the deadline.

After a few questions on IRC as to what the numbers were on the distro, editor and shell fields for linux.conf.au registrants and a tiny bit of egging on to make me do graphs, here is the first cut; DistroWars, EditorWars and ShellWars. 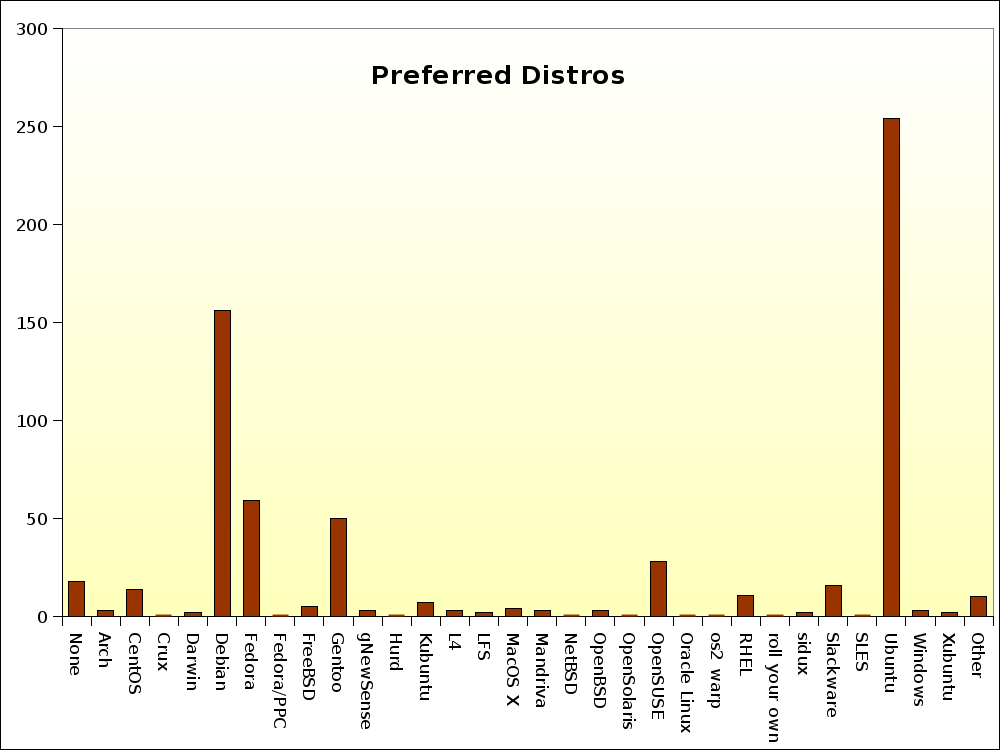 That's a hands down win for Ubuntu and deb based distros in general.

Looming it is, this conference. We've nearly sold out of non-keynote tickets as well now - 5 left!

This means we can shift the focus of promotion to Open Day, on February 2.  We're hoping to attract lots of interested people and have cool stuff to show them. Donna did some posters yesterday, which we will put up at libraries and other public places around town.

In other news, there is a silly competition for LCA-goers. If you're attending you should bring a pencil sharpener and upload a photo of this sharpener to Sharpenr!

All attendees get to vote on the best/silliest sharpener and the winner receives a prize - provided they can both produce the sharpener at the conference and use it to successfully sharpen a pencil in front of an audience.

For over two years now virtually every single one of my days has been disturbed by a bunch of scrap metal guys who run their business from a truck, which they park in the street outside my office window. This is a home office and it's a residential street.

The guys in question then proceed to scour the neighbourhood for scrap metal, old fridges, washing machines and all kinds of hard rubbish, which they take back to their truck and noisily dismantle (using an axe to de-gas a fridge for instance) in the nature strip outside my house over the course of a few hours.