Unlike SLUG, we didn't prepare a set of questions, but let the representatives do their thing and ask questions as they arose. 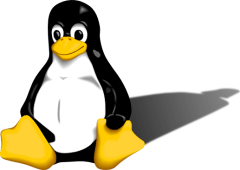 Most of the talk was about OOXML; some details about the file format and some info about and justifications for the ISO standard application.

Initially we got sidetracked when a fairly prominent LUV member interrupted the talk and asked about application development on windows - specifically limitations on what can be done with the various versions of the Visual Studio environment - because Linux developers care about having a free toolchain.

Microsoft told us about Visual Studio Express edition, which is a free-as-in-beer download. However, as is to be expected, it's not free-as-in-speech - you can't do with it as you please. I've just had a bit of a dig around on the website, but it seems to not state the license restrictions somewhere easily accessible.

Part of the OOXML talk covered the file format, specifically how say a .DOCX file is a zip container containing a bunch of XML files and some assorted resources. Of course, ODF is as well, and after Donnas ODT talk last year I doubt anyone knew it wasn't. In short: yes, handy, but not groundbreaking.

We were told the reason that OASIS is not good enough for MS Office is that it does not define spreadheets (at all) and that it has no way of dealing with MS legacy formats. Thus, a new standard. Fair enough, eh?

Offhand I thought MS Office itself has no way of dealing with legacy formats, as it is unable to import a wide variety of its own prior file versions, so that point is pehaps not moot, but should at least be subject to further explanation. Some legacy formats are more equal than other legacy formats? Why?

The main reason given as to why OOXML is going to be a 'free and open' format is commercial reality. Apparently enough of Microsofts clients want data to be available in a well-documented freely accessible format to make this shift worth the development cost.

However, that means that there is nothing stopping Microsoft from making a future version of their office suite save back into an (as yet to be determined) proprietary format, should commercial reality point them in that direction.

I asked a question regarding this, but the response, "people will still be able to save in OOXML format" doesn't really do much to easy my mind. Historically, most office users save files in the default format and are unable or unwilling to change that.

Should a newer version of office save in a different file format, it won't be long before most users are using the new format to share documents, forcing a whole new wave of lock-in.

I suppose I came away feeling that perhaps this is a step in the right direction for Microsoft, but I'll wait and see. If the message coming from Redmond is still the same in 24 months, perhaps they mean it.

I'd like to ask other attendees to this talk to also blog about it and tell the worldwhat they thought.